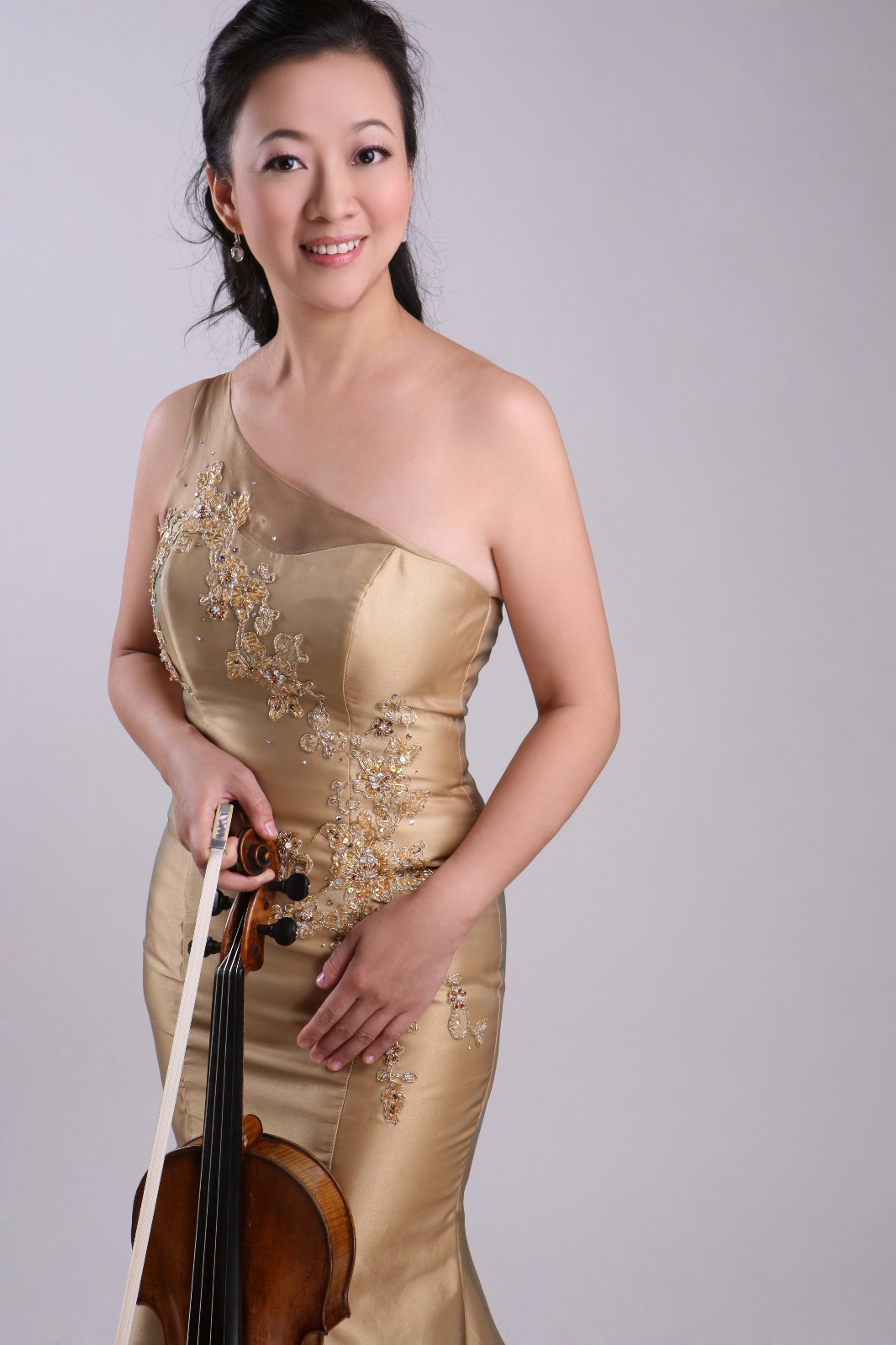 Born in Hunan, China, Zhang Manchin started her violin lessons at the age of five and entered the Shanghai Conservatory of Music at the age of ten. She switched to the viola and gave her successful debut public performance as a violist at the age of twelve. In the 1988 Portsmouth International String Quartet Competition, Zhang competed as a violist with the Shanghai String Quartet and won the fourth prize. Her performance at the competition attracted instant recognition and high recommendations from Yehudi Menuhin and marked the start of her illustrious career as a violist. Upon graduating from the Shanghai Conservatory in 1990, Zhang was awarded a full scholarship and moved to the United States to study under Emanuel Vardi at the Manhattan School of Music. In just a year later, Zhang competed and was a finalist in the 1991 Primrose International Viola Competition.

In 1994, Zhang became the youngest member ever in the history of the orchestra to join the Detroit Symphony Orchestra (DSO). She was appointed the Assistant Principal Violist by the music director Neeme Jarvi. She was also the first Asian player ever to be appointed in the DSO and created quite a sensation in the American classical music scene. She toured extensively with the orchestra in Europe, North America and Asia, performing in major cities like Amsterdam, Berlin, Brussels, Budapest, London, Rome, Vienna, Poland, Switzerland and Japan. During her tenure at the DSO, Zhang was also an active chamber musician, performing regularly with the DSO Chamber Music Ensemble, DSO String Quartet and the Detroit Chamber Orchestra and participating in various music festivals including the Chamber Music Festival at the Blue Lake in the Great Michigan area.

In the last ten years, Zhang has been performing extensively in China and other parts of Asia. She has collaborated with various Asian orchestras to perform important viola solo works such as the Walton Concerto, Bartok Concerto, Paganini Sonata and Brahms Sonata. She also aims to introduce lesser known viola works to the Asian audience and has accepted invitations from major Asian orchestras to perform as a guest principal violist in orchestral works such as “Don Quixote” and Harold in Italy”.

As an active professor at the Yong Siew Toh Conservatory of Singapore, Zhang has mentored many students, some of whom are already achieving considerable international success. She is also well reputed as a great educator and is in much demand for master-classes and as a participant in various international music festivals.

Zhang is now based in Singapore and has been appointed as the Head of Viola Studies at the Yong Siew Toh Conservatory since 2005. She is also holding the position as the Principal Violist at the Singapore Symphony Orchestra.