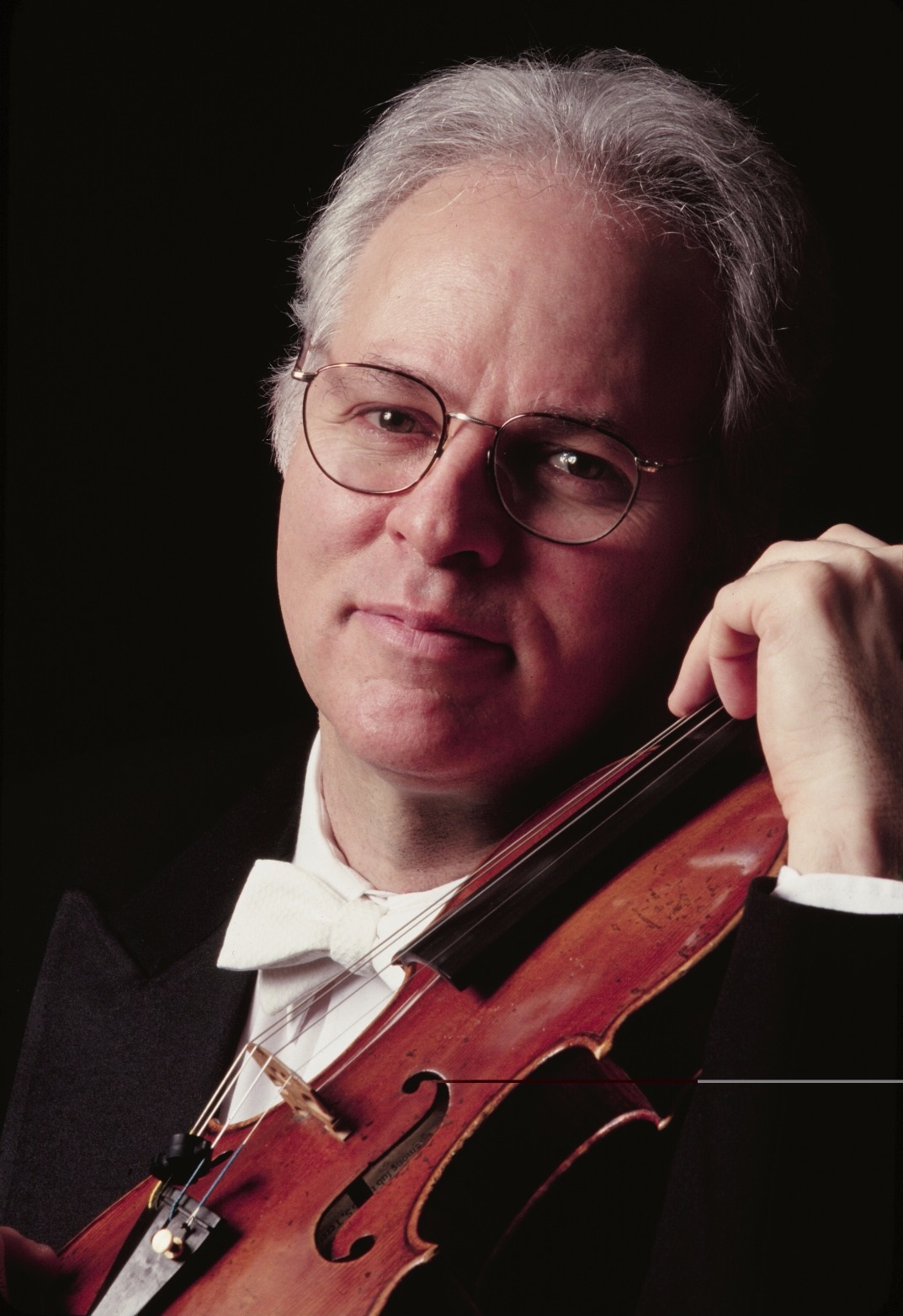 Joel Smirnoff, conductor and violinist, is President of the Cleveland Institute of Music. He is a native of New York City and former chair of the violin department at The Juilliard School. He has been a member of the Juilliard String Quartet since 1986, and the ensemble’s leader since 1997. The Quartet, founded in 1947, has become a living American legend and won four GRAMMY Awards. Formerly the group’s second violinist, Mr. Smirnoff attended the University of Chicago and The Juilliard School and was a member of the Boston Symphony Orchestra for six years. Second Prize-winner in the International American Music Competition in 1983, he made his New York recital debut in 1985 at Carnegie’s Weill Recital Hall as part of the Emerging Artists series and at Town Hall as part of the Midtown Masters series. In 1997, he was featured violin soloist at Tanglewood in a concert dedicated to the memory of violinist Louis Krasner, performing the Berg Violin Concerto under the direction of Bernard Haitink. Mr. Smirnoff has participated in the world premiere of numerous contemporary works, many of which were composed for him. Mr. Smirnoff is a Sony recording artist and has solo recordings on GM, CRI and Northeastern Records. Mr. Smirnoff has served as Chair of the Violin Department at The Juilliard School since 1993 and served as Head of String Studies at the Tanglewood Music Center during the late 1990s. Mr. Smirnoff has been on the faculty of Tanglewood since 1983. He has served on the juries of the Naumburg and Indianapolis Violin Competitions. He also pursues an active career as a conductor, both in the U.S. and abroad. In the summer of 2000, Mr. Smirnoff made his official American conducting debut with the San Francisco Symphony, conducting an all-Tchaikovsky program. He has also been a frequent guest with the New World Symphony and the Tanglewood Music Center Orchestra. In May 2004, he received rave reviews for his debut with the St. Paul Chamber Orchestra, replacing Peter Oundjian, who had fallen ill. In Europe, Mr. Smirnoff has conducted the Norwegian Chamber Orchestra and a European tour with the Basel Sinfonietta and Charles Rosen as soloist in the Elliott Carter Piano Concerto. Mr. Smirnoff has led both the Juilliard Symphony and the Juilliard Orchestra in concert. He has also appeared in concert with the Louisiana Philharmonic, the Phoenix Symphony, the Chicago Philharmonic, the Western New York Chamber Orchestra and the Texas Music Festival Orchestra. Mr. Smirnoff also plays jazz, performing frequently as improvising soloist with Tony Bennett. His solos were featured on the GRAMMY Award-winning CD Tony Bennett Sings Ellington Hot and Cool. He has also been guest soloist with Gunther Schuller and the American Jazz Orchestra, as well as the Billy Taylor Trio. Mr. Smirnoff was born into an eminent New York musical family. His mother sang with the Jack Teagarden Band under the stage name of Judy Marshall and his father, Zelly Smirnoff, played in the NBC Symphony under Toscanini and was second violinist of the Stuyvesant String Quartet. Mr. Smirnoff has been president of CIM since 2008.