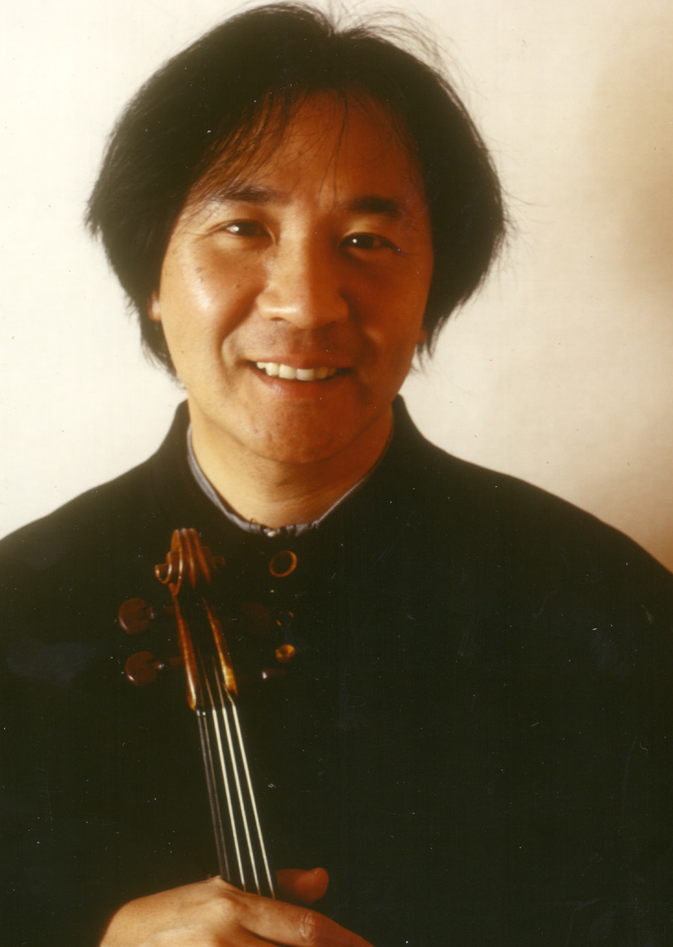 Takashi Shimizu was born in Japan. Having started playing the violin at the age of 6, he won the biggest National Student Competition 3 years later in Japan.That same year he made his television debut, playing with the NHK Symphony Orchestra for the wedding celebration of H.I.M. Prince Hitachi.

He became the focus of attention in Japan at the age of 17, after clinching three first prizes at the competitions. He then won a scholarship to study under Maestro Jascha Heifetz at the University of Southern California in U.S.A. Subsequently, he also studied with Michèle Auclair and Yfrah Neaman. He then went on to clinch many top prizes in international violin competitions such as the Jacques Thibaud, Carl Flesch, Granada, and the Queen Elisabeth.

He debuted with Yehudi Menuhin and the Royal Philharmonic in Europe and thereafter went to play with major orchestras around the world. He was also actively involved in chamber music, playing with Martha Argerich every year and had collaborations with Fou Ts’ong, Ivry Gitlis, Bruno Canino, Yuri Bashmet, Mario Burnello, Alexander Rudin , Pavel Gililov,and Misha Maisky etc.
He has made number of recordings, notably of Brahms, Saint-Saens and Wieniawsky Concertos with The London Symphony Orchestra. He also recorded complete Bach Solo Sonatas and Partitas, Paganini 24 Caprices, Prokofiev 2 violin sonatas, Ysaye Solo Sonatas, Chambermusic with Argerich etc. He  is currently a faculty at the Tokyo National University of Arts.